Over the Summer term, from TUESDAY 3rd May, we shall be offering brand new sessions for Third and Fourth formers who might like to give debating a go but who either haven’t had the chance yet or thought they might be too late. You aren’t! This term also sees the annual junior interhouse debating competition so one way or another, join us.

Debating is a brilliant way to become a more confident speaker (most people don’t start out as confident speakers) and an outstanding way to learn how to put together an argument, as well as a great way to get to know a range of other students from across the school. We have an outstanding coach from the University of Oxford who is great fun and incredibly knowledgeable. Debates usually focus on moral, civic or political issues (for example, on gender rights, or free speech) or on global issues (whether, for example, Britain should return the Elgin marbles). 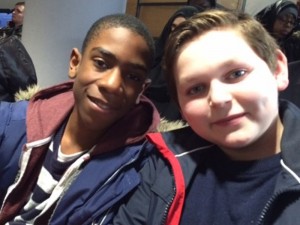 Junior debaters Ramarni and Will taking a break at DebateMate, where they each partnered members of the senior debating team. 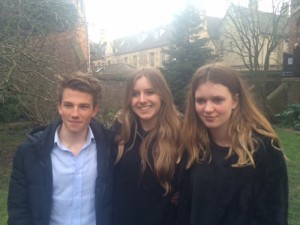 The indomitable Will and Serena at the end of an exhausting finals day at Oxford, with our coach Issy Fidderman. 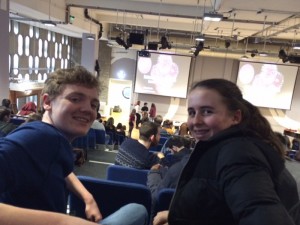 Mimi and Alfie enjoying the entertainment at DebateMate!